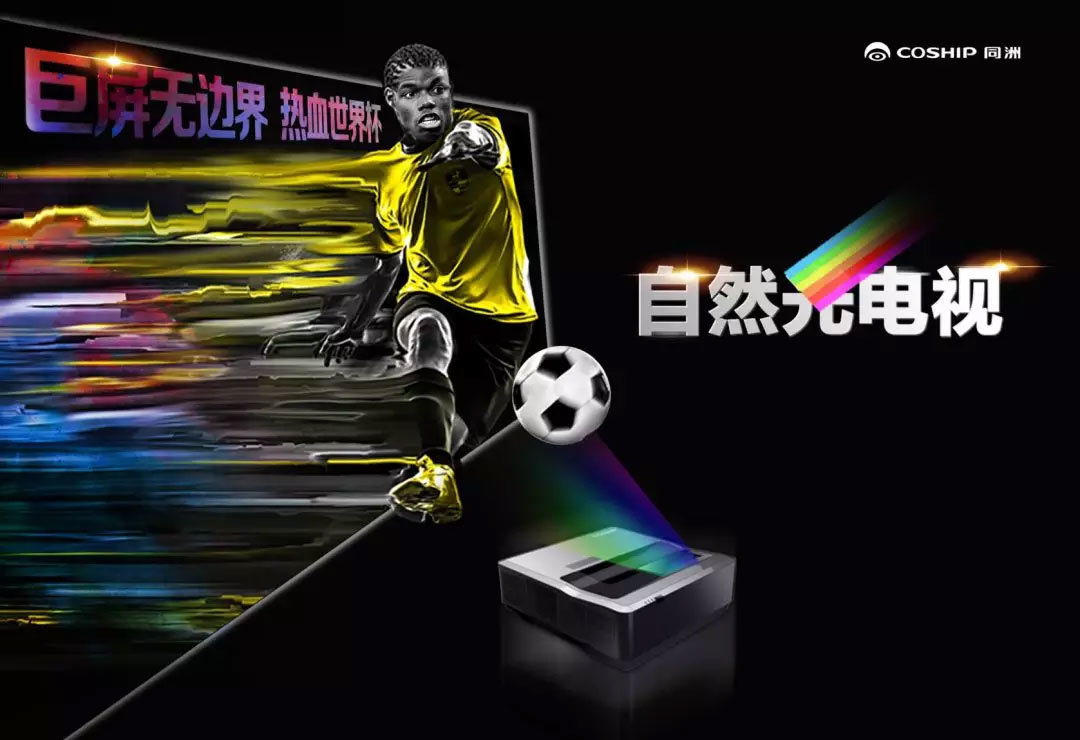 With less than 100 days to go before the 2018 World Cup in Russia, I believe the fans are already excited and waiting for the battle. On the first day of the CCBN2018 exhibition on March 22, Coship Electronics grandly launched the World Cup watching artifact - 100-inch natural light ultra-clear TV, and released it simultaneously to innovate the World Cup viewing experience for fans around the world.

It is reported that this year FIFA will try for the first time to use UHD ultra high definition and HDR high dynamic technology signals to broadcast the game. This allows the built-in set-top box of Coship Natural Light TV to give full play to its best advantages. Natural light TV supports 4K ultra-clear live broadcast of cable operators, accepts 4K cable digital TV signals, is stable and does not freeze, and provides first-class visual enjoyment. There are also functions such as live broadcast, on-demand, and time-shifting to ensure that you will never miss any wonderful moment in the game.

Coship Natural Light TV is the first projection TV in the industry that adopts HLD light source (High Lumen Density) + 3LCD imaging technology. The high-frequency colors such as red, green and blue of the stadium are completely restored, allowing you to feel like you are on the scene and not miss any bright colors of the stadium.

Do not hurt your eyes, enjoy watching football and be safe 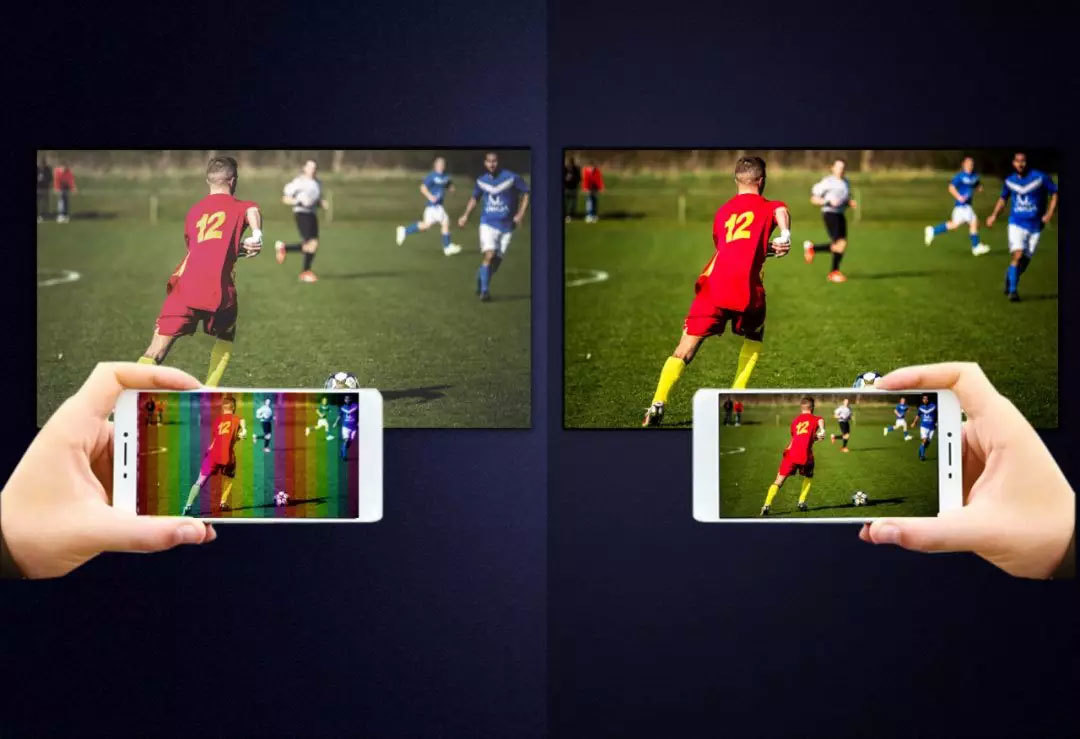 Unlike ordinary LED LCD TVs that use direct light, natural light TVs emphasize the concept of healthy viewing in functional design and use reflected light design. The human eye sees the TV screen through diffuse reflection, which effectively avoids the damage of direct light to the eyes; 3LCD display technology, compared with the traditional laser light source TV, gets rid of the rainbow effect and has no screen flicker; the HLD light source used in the natural light TV is a safe green light source, There are no potential risks that exist with laser light sources. It is the best posture to watch the ball without hurting your eyes! 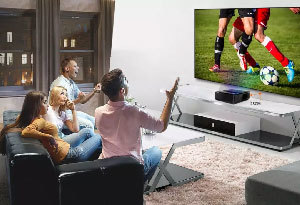 Many fans watch the game in public places such as bars, just to experience the visual shock brought by watching the game on the big screen. Natural light TV uses ultra-short-throw projection with a throw ratio of only 0.29, which means that for a 100-inch screen, the distance between the body and the screen is only 28 cm, and only an ordinary TV cabinet can be placed. The fuselage takes up less space and the projection screen is large, so that the small space of the family can also enjoy the big screen. You only need to invite three or five friends to watch the game. 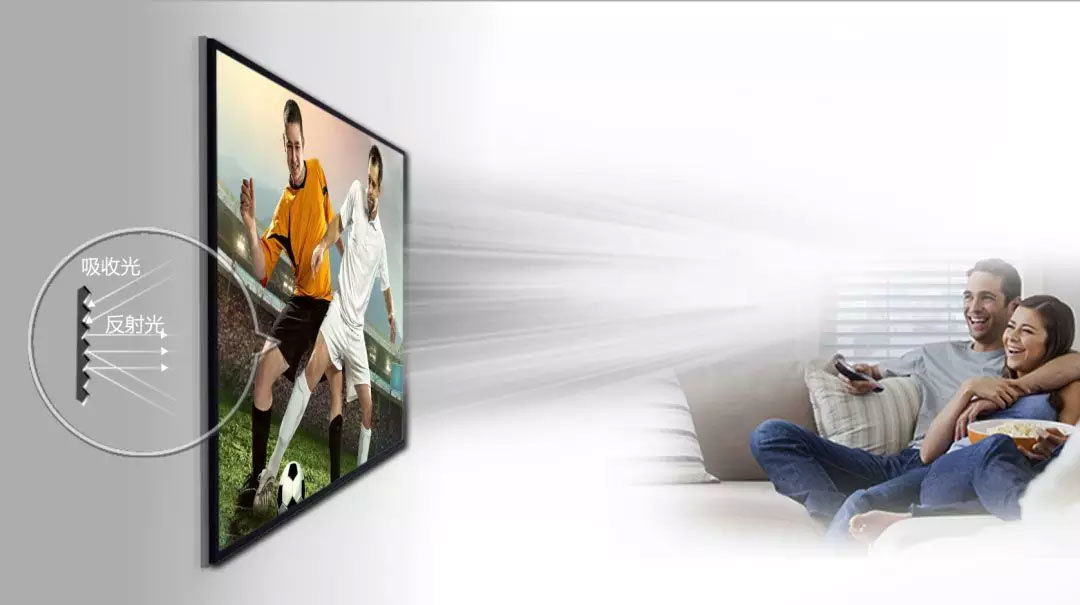 The standard surround speakers allow you to enjoy the ultimate HiFi sound quality, allowing fans to synchronize with the stadium, with passion, and with joy. The brightness of the natural light TV light source is as high as 20,000 lumens, and it is also equipped with an anti-light curtain. The anti-light curtain is combined with a special prism of PET bottom layer and surface TPU. The upper black light-absorbing layer can effectively absorb the ambient light such as household top light sources, and the bottom transparent PU reflects the light. Projection light source. While effectively absorbing up to 93% of ambient light, it also better reflects the projection light source. Even if the room is bright as day, the picture is still true and gorgeous. From then on, no matter day or night, watch the game anytime, anywhere.

More features to meet the needs of fans 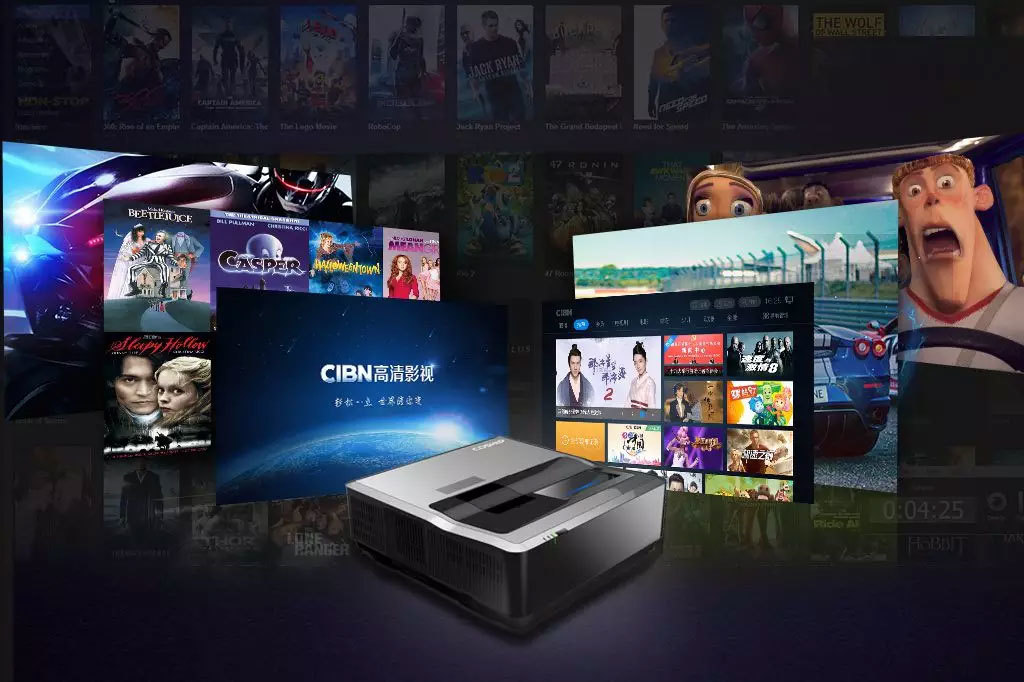 Natural light TV is connected to the CIBN broadcast control platform, and has more than one million massive high-definition resources. Let fans and friends watch unlimited and more enjoyable!

As a heavyweight TV product launched by Cozhou Electronics in CCBN2018, Natural Light TV is committed to creating a perfect audio-visual experience for the world's 3.2 billion World Cup, making global fans crazy for the ball and calling for the vision.