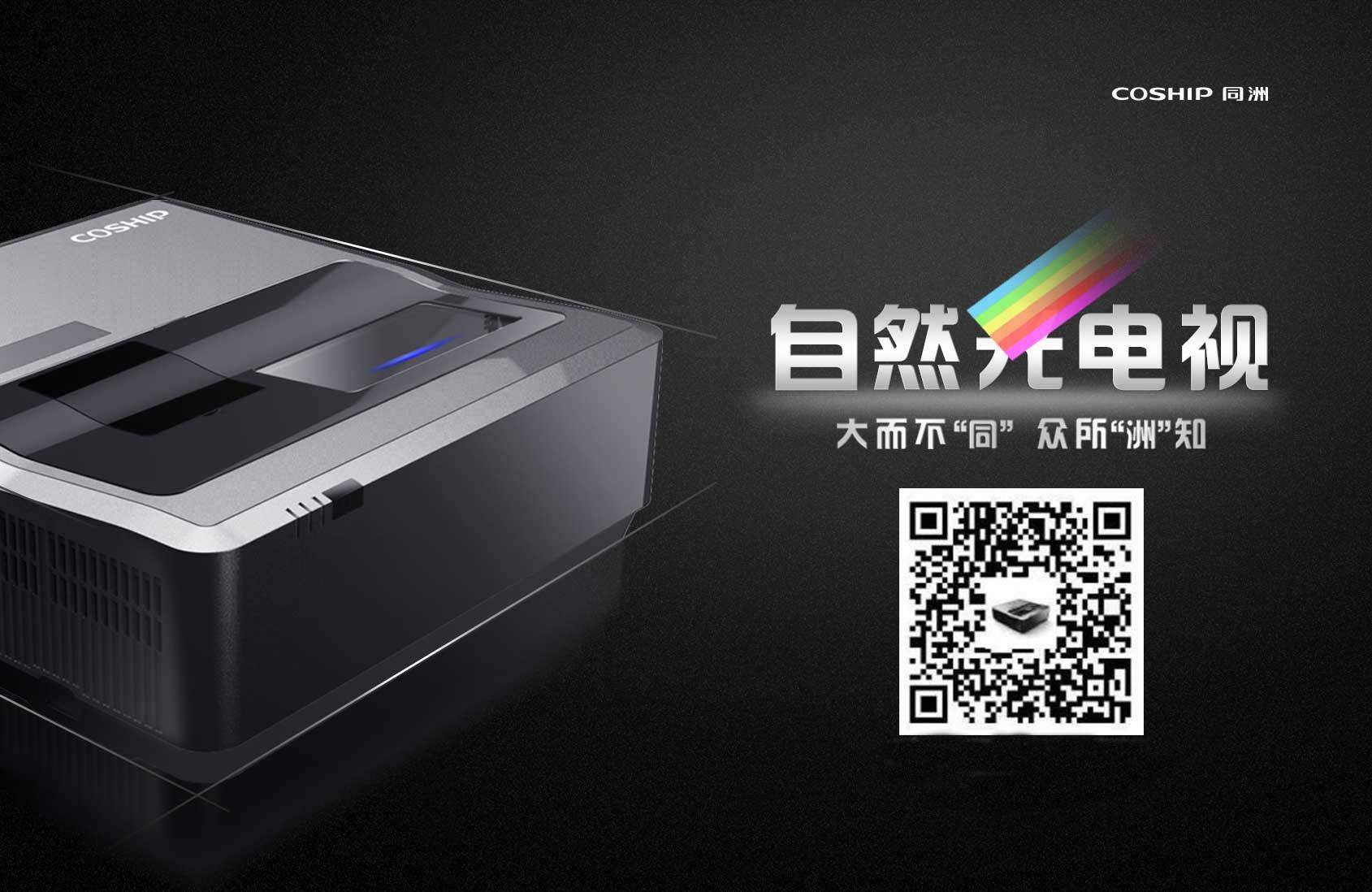 The TV market is now in a scuffle among the three countries. Although the industry consensus is that liquid crystal (LCD) technology is declining, there is still a certain market stock. Other upstream companies and TV manufacturers are focusing on OLED and QLED technologies, and what are the advantages of the natural light TV based on projection technology that can stand out?

According to statistics , the global TV product sales in 2016 reached 200 million, and the projection market, excluding micro-projection products, only sold 8 million units. Such a small market share, to a certain extent, also means a vast market opportunity. In recent years, many Internet brands have successively entered the laser TV/projection market, such as Xiaomi, Whale, Nuts, etc., which also confirms the broad market prospects of the laser display industry from the side.

What needs to be addressed is that projection TV products are currently in " industry chaos" , and a "leader" is urgently needed!

Tongzhou Electronics has upgraded the concept of projection TV with the concept of " natural light ", and is the first in the industry to use HLD light source (High Lumen Density ) + 3LCD imaging technology for projection. While the HLD light source bids farewell to the potential risks of the laser light source, the brightness of the light source is as high as 20,000 lumens. Compared with the laser light source, the color gamut is wider, and the perfect fusion of highlight and color is realized, and the image is bright and real. Ultra-short-throw projection, the throw ratio is only 0.29, which means that the distance between the fuselage and the screen is only 28 cm for a 100-inch screen, taking up less space, and a small family space can also enjoy a big screen. 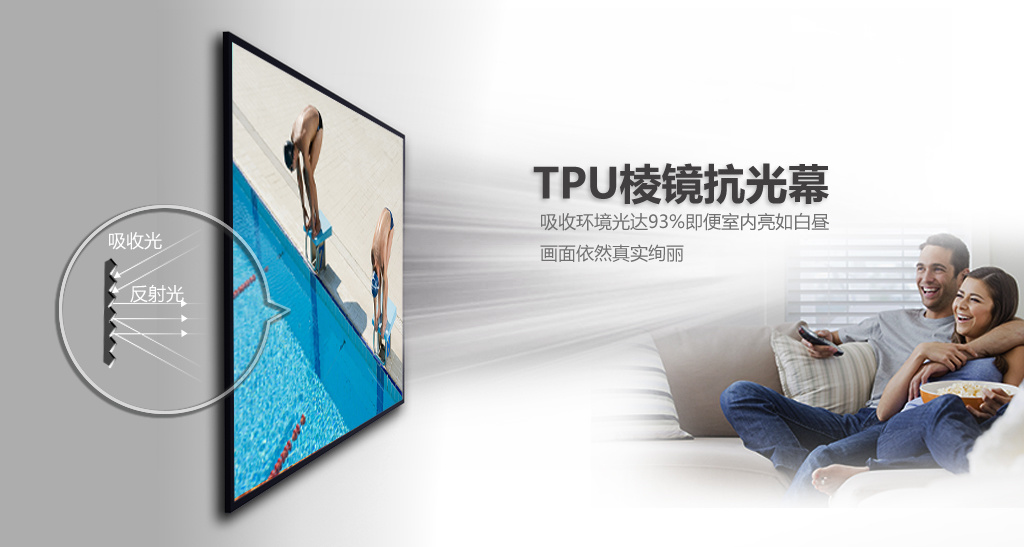 The overall product is equipped with a 100 -inch TPU prism anti-light curtain + surround sound. The anti-light curtain adopts the special prism of PET bottom layer + surface TPU. The upper black light-absorbing layer with interlaced teeth can effectively absorb ambient light such as household overhead light sources, and the bottom transparent PU reflects the projection light source. While effectively absorbing up to 93% of ambient light, it also has a better reflection projection light source. Even if the room is bright as day, the picture is still true and gorgeous, and it can present the best audition effect.

With the continuous iteration of technology by major projection TV brands and the formation of industry standards. Or like the continent's [Natural Light TV], it is backed by profound radio and television genes and smart home concepts to open up market segments. In the future, projection TV may lead the new trend of the TV industry.

In the era of large-screen entertainment, home audio and video upgrades

As we all know, the larger the size of the traditional TV, the higher the price. Usually, the price of a super-large-screen TV is constant times that of a projection TV, and it does not have an advantage in terms of cost performance. Coupled with the advantages of light weight in appearance, eye protection, convenient transportation and small space ratio, projection TV can become the first choice in the era of home large-screen entertainment.

As the first choice for home audio and video upgrades in the era of home large-screen entertainment, projection TV is not just about the pursuit of audio-visual enjoyment. 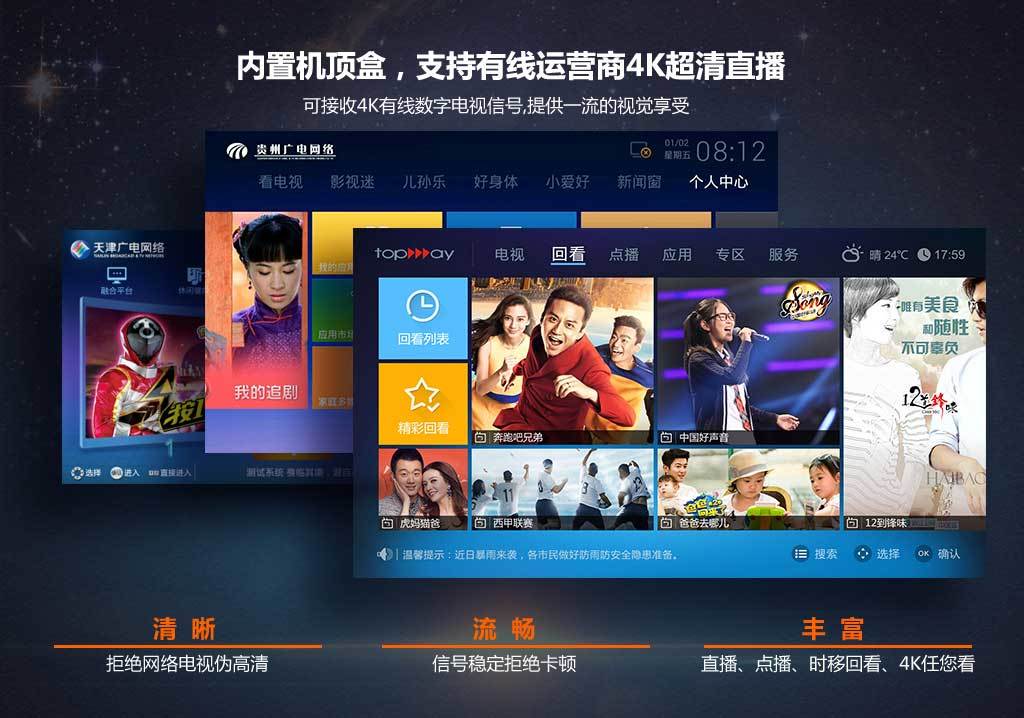 Good picture quality, scalable services, ultra-large screen with high cost performance, and the integration of the IOT smart home consumption concept are the prerequisites for projection TVs to stand out from the future battle situation.