The standard definition interactive platform of Chengdu Radio and Television Network in Sichuan Province was built in September 2009 and officially launched for commercial use in October 2009. The high-definition interactive platform of Sichuan Radio and Television Network was constructed in the first half of 2012, and was officially launched commercially on November 20, 2013. The platform supports a variety of interactive services based on the NGOD protocol. The program content not only covers the needs of cutting-edge fashion and high-end technology, but also covers a variety of life-style service programs. 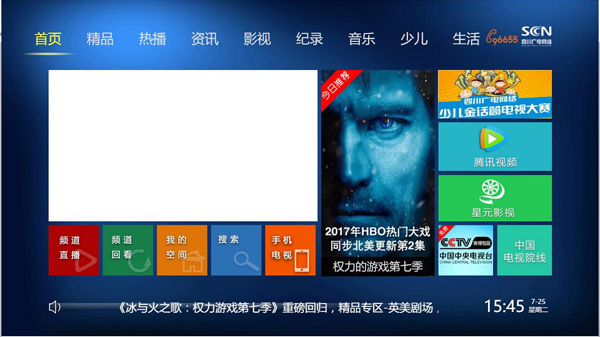 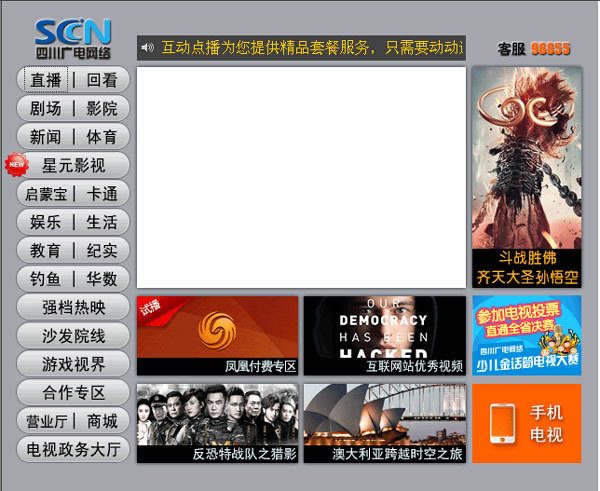 The platform adopts the design concept of open design, follows the two development protocols of NGOD and NGB, and provides unified interfaces and services to the outside world, providing a basic guarantee for the rapid introduction of provincial and municipal network services.