The high-definition interactive platform of Guizhou Radio and Television Network was constructed in the first half of 2011, and it was officially launched for commercial use on December 13, 2011. The platform supports a variety of interactive services based on the NGOD protocol. The program content not only covers the needs of cutting-edge fashion and high-end technology, but also covers a variety of life-style service programs. In particular, the multi-screen viewing service has also turned mobile smart terminals into handheld TVs, realizing "the world can be seen on one network, and the world can be gathered on one screen". 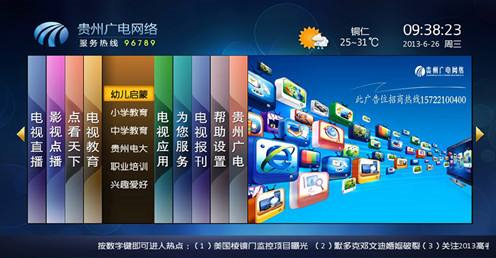 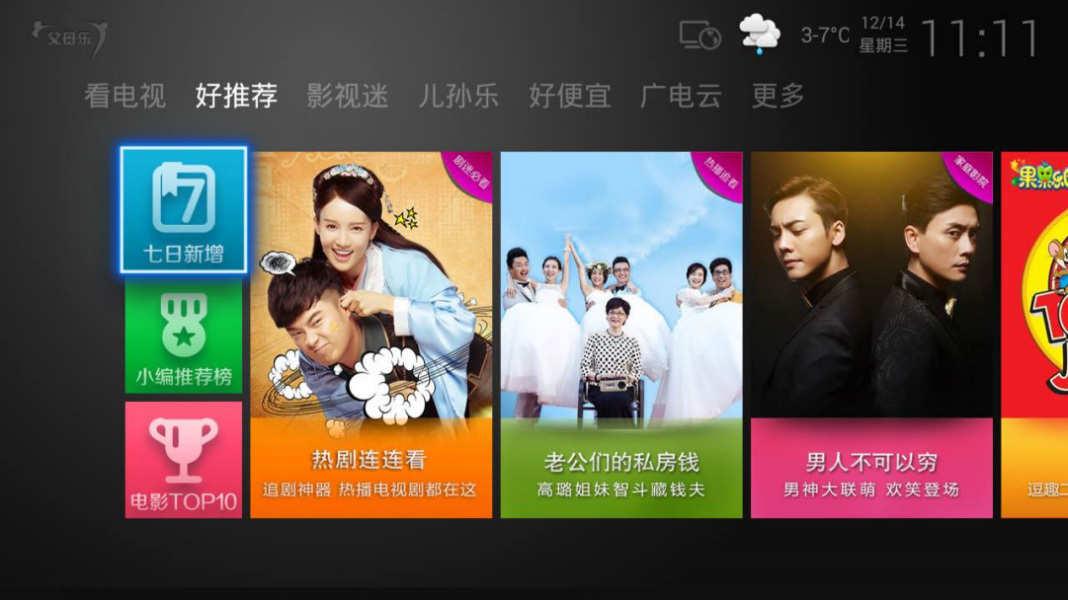 Based on the target market of the province's 1+8 prefectures, our company distributes centrally and uses the second-level architecture hierarchical deployment model, which ensures that users in the province can achieve the best viewing experience under the premise of unified management and unified operation.

The platform adopts the design concept of open design, follows the two development protocols of NGOD and NGB, and provides unified interfaces and services to the outside world, providing a basic guarantee for the rapid introduction of provincial network services.
Current scale and benefits
? Up to now, it has developed more than 1.5 million users.
?The system operates safely and stably for a long time, and various businesses are carried out smoothly.